Richard was born in Cardiff but lived most of his early years in rural Derbyshire. After moving to London Richard worked in the advertising and design industries as a successful art director, illustrator and graphic designer. In 2010 Richard became a full-time professional artist.

Richard was previously known for his fine portraiture and fastidious oil paintings of clouds. His portrait of singer/songwriter Emeli Sandé was chosen for exhibition at the National Portrait Gallery in London, as part of the prestigious National Portrait Awards. Richard's 'GPS Trees' drawings now take centre stage. He currently spends much of his time searching the UK for beautiful trees to admire, draw and share.

In 2018 Richard's artistic reputation and deep appreciation of trees earned him an invitation to exhibit his 'GPS Trees' work with the Royal Society of British Artists. Richard was also invited to work with Woodland Trust to choose the shortlist for England's annual 'Tree of the Year' competition.

Richard's drawings are now very popular and so gathering enough work for an exhibition is difficult! Please do follow Richard on Twitter for updates on possible exhibitions and other information relating to Richard's love of trees. '@RGE_Art' 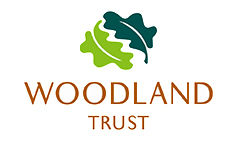